Real Madrid have always been a star-studded side; From Di Stefano to Puskas, to Zidane to Ronaldo. Here we take a look at the best players to have worn each shirt number from 1 through 11 in the club’s history. 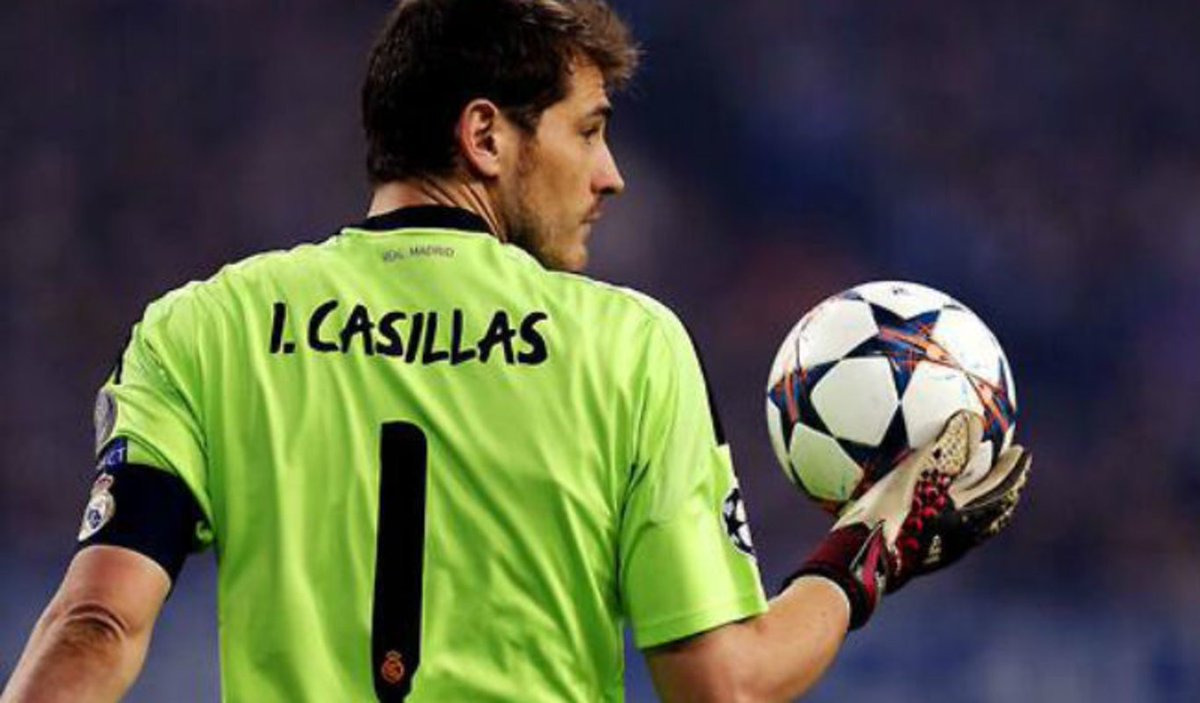 The former club captain made over 500 appearances for the club, he won 6 league titles among other top honours with the club. He revolutionized goalkeeping. END_OF_DOCUMENT_TOKEN_TO_BE_REPLACED 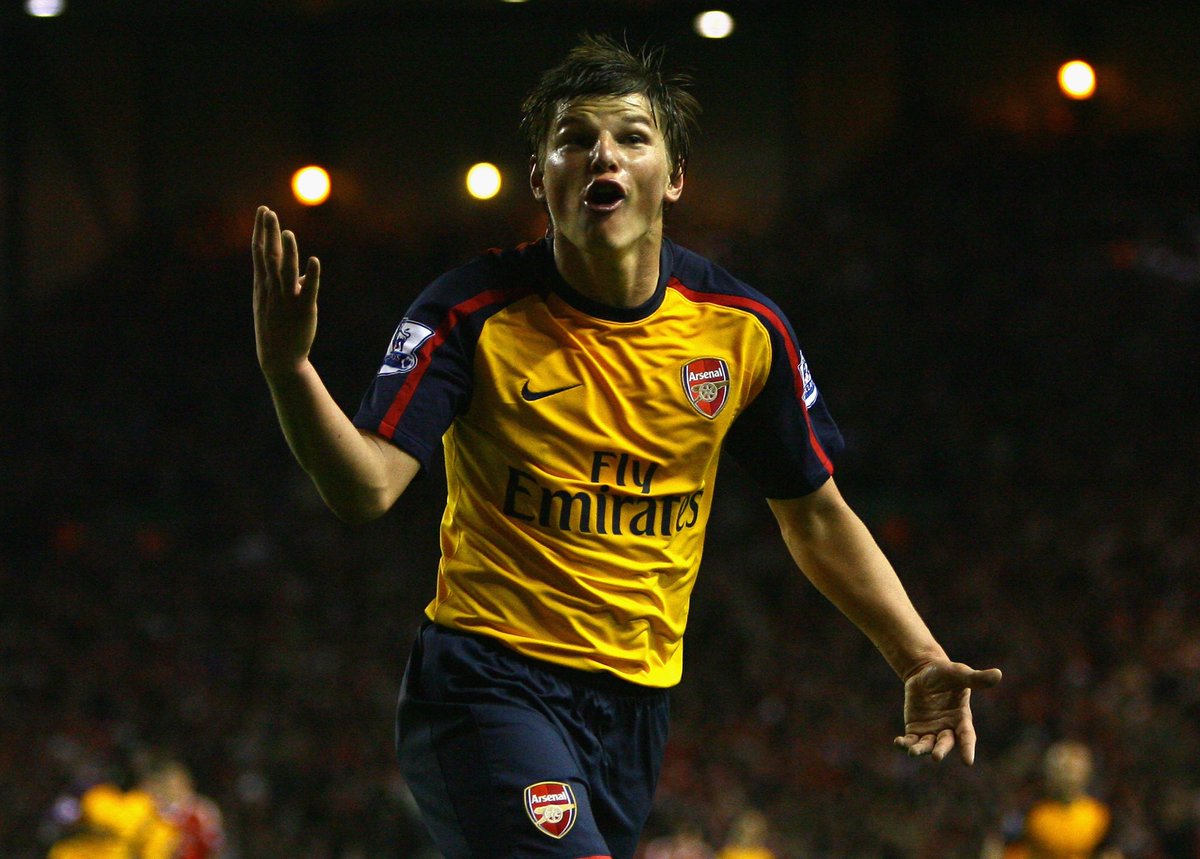 That game against Liverpool in 2009 which ended in a high scoring 4-4 draw will live long in the memories of Arsenal fans, and will be right up there with the very best. In fact, when you think of the all-time greatest Premier League games in the past 30 years, this tie has to up there. END_OF_DOCUMENT_TOKEN_TO_BE_REPLACED

The President of Russia Vladmir Putin is not hopeless that after the huge expenditures for the 2018 World Cup, the national team would then perform poorly. The President revealed this when he was invited by the head of the Cheremkhovo Municipality of the Irkutsk Region Vadim Semyonov.

Putin was called on to attend ceremonies planned as part of the 100th anniversary celebrations. In his usual playful manner, teased the wit of his host. He asked Semyonov about his thoughts on the national team and how they would fare next year. Semyonov said in all honesty the team would perform “badly.” END_OF_DOCUMENT_TOKEN_TO_BE_REPLACED

Russia has called up a replacement for injured veteran midfielder of Dynamo Moscow, Igor Denisov. Ahead of the continental tournament in France, Artur Yusupov would now replace the Dynamo Moscow star player.

During the final warm-up game ahead Euro 2016, the midfielder’s thigh muscle was torn, necessitating the call up of Yusupov who has just two national team appearances.

Yusupov who plays at Zenit St. Petersburg said the invitation to the team’s training camp came out of the blues as he was vacationing in Monaco when he was summoned. He had to hurry to Russia’s training camp in Paris and even borrowed a team mate’s boots of training on Monday.

Aside Denisov, Russia is missing injured midfielders Alan Dzagoev and Denis Cheryshev, and defenders Yuri Zhirkov and Oleg Kuzmin. The missing players are a big blow to the hopes of the team ahead of the tournament. The Russian Football Union (RFU) released a statement that Denisov’s injury was sustained when they played the 1-1 draw with Serbia in Monaco on Sunday night.

Yusupov, 26, said: “I am still shocked, but I need to adapt and tune in for the work. Being a part of the national team is a great honor for me, although the news came like the snow in summer.”

Russia would not be breaking the 2016 Euro Cup regulations as the team can replace an injured player until the team plays its first match of the tournament and upon agreement from an UEFA medical committee’s specialist.

Russia hope to be able to shake off the pre tournament worries before it starts, especially as they are also dealing with the pressure back home due to the results of the games. They defeated only Lithuania by three goals to nothing, lost to France and the Czech Republic by 2-4 and 1-2 respectively. They will be facing England, Wales and Slovakia in Group B in France. 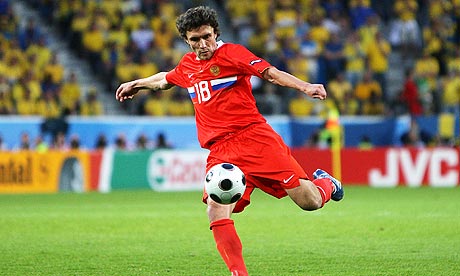 He will be joined on the sidelines by Russia’s all-time leading scorer Alexander Kerzhakov. Zhirkov, 32, will miss the tournament due to an inflamed Achilles tendon injury, according to reports.

The talented player who can take on the left midfield, left back and even central midfield positions made his debut for the Russia national side in February 9, 2005. He has 68 caps to his name and two goals.

He started his career in the early 2000s first with Spartak Tambov before moving to CSKA Moscow. He played there till he joined English Premier League giant Chelsea FC in 2009 for about 15 million Pounds.

He played just two seasons till his departure to Anzhi then to Dinamo Moscow. So far, he has played 13 games for Zenit this season.

On the other hand, Russia have named Roman Neustadter, who was born in Ukraine and does not yet have Russian citizenship, in their Euro 2016 squad. The Russian Football Union (RFU) announced the squad over the weekend, with head coach Leonid Slutskiy including the 28-year-old Schalke defender, who has been living in Germany since he was a child and has played for Germany’s youth teams.

Russia will be without midfielder Alan Dzagoev after he suffered a broken metatarsal while playing for CSKA Moscow. Krasnodar’s Dmitri Torbinski was called up to replace him.

CSKA Moscow’s 19-year-old attacking midfielder Alexander Golovin, who only recently broke into their starting line-up, has also been included in the 23-man Russia squad. Slutskiy, who is coach of CSKA as well as the national team, has, omitted two of Russia’s most experienced players in Zhirkov and Kerzhakov, whch has seen the bookmakers rate their chances less highly, with the latest StanJames betting odds for Russia to be outright winners way out at 40/1.

Kerzhakov, 33, who has scored 30 goals for Russia, missed the first half of the season after falling out with Zenit head coach Andre Villas-Boas and went on loan to FC Zurich, who are bottom of the Swiss Super League. Russia are in Group B with England, Slovakia and Wales.

At the beginning of 2016, Guus Hiddink started to take control of Chelsea as he replaced Jose Mourinho who was sacked due to a string of poor results. Upon his arrival to Stamford Bridge, Hiddink has a huge mountain to climb as Chelsea was in shambles. 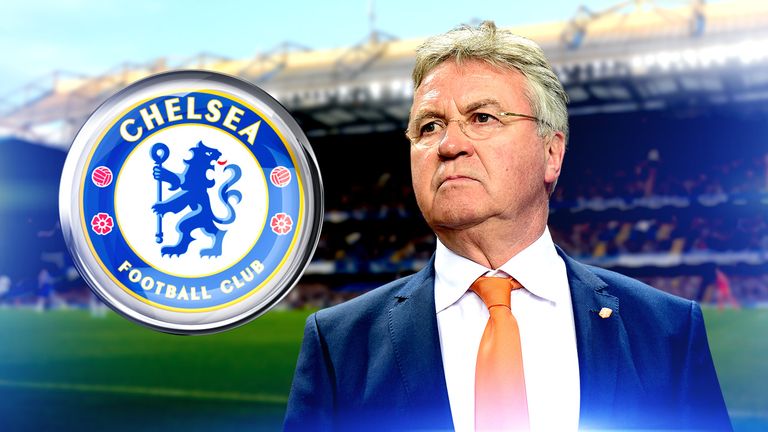 During the last few months of Mourinho in charge of Chelsea, the team was performing disastrously with successive disappointing results and they were even in danger of getting relegated as Chelsea was dangerously slipping down the bottom spots of the Premier League.

When Guus Hiddink arrived to Stamford Bridge, there were doubts if the Dutch manager could repair the state of the squad as they were just discouraged and looked like a completely different squad than the one which won the Premier League title in the previous season but Guus Hiddink has managed to spark life to the English club.

The Dutch coach has managed to keep Chelsea in the middle section of the Premier League standings and despite all of the obstacles that he had to overcome after being selected as the coach of Chelsea, Yuri Zhirkov always had his support from the start.

Speaking to a football ticketing website he spoke of his adulation for Hiddink, and why he thought he had done such a good job at Stamford Bridge.

“I know Hiddink and I have no doubt that once he took over, the atmosphere at Chelsea became so much better and more relaxed than it had been before. The reason for the recent poor run is psychological. A year ago, Chelsea won the championship and this has had a bearing on the next season. When you win the title, it is also difficult to defend it and to play at the highest level. I think with Guus, Chelsea will ride out the crisis and next season will be back at the top of the table.”

This was the statement released by Dinamo Moscow’s Yuri Zhirkov back on January of the ongoing year as the Russian defender outlined his confidence towards Guus Hiddink and Zhirkov was correct in his prediction as things did indeed turn out well for the Dutch coach.

Leonid Slutsky believes a coach should always try to build a light environment among the players and shouldn’t try and impose too much of disciplinary rules and regulations on them.

According to Slutsky, soccer is an innovative trade and those who are involved in it have to be spontaneous. If they are in tough surroundings, that will not get the best out of them.
Slutsky had become a manager only in his early twenties as his playing career had been cut short by a horrendous injury. He was a goalkeeper by trade.

He has begun his Russia stint with some back-to-back wins and has overseen the team into the Euros.

The main difference that he is believed to have done to Russia is that he has started to coach them in a slightly calmer and lighter way and has not put as much pressure on them as Fabio Capello was putting.

But, according to Slutsky, the results dominate everything. If there are positive results, the coach’s methods are appreciated, otherwise, there are contrary views coming in from everywhere.

Whilst Russia are one of the favourites at StanJames for the World Cup that is set to be held in their own country in 2018, so far the focus for Slutsky has been on getting the players to relax, work the ball, and make the right runs.

Speaking in an interview, Slutsky said, “Personally, I believe you have to keep it simple and light and let everybody be himself and be in an easy frame of mind because it’s a highly innovative industry and having too much of harshness all around is not helpful.”

“However, it’s a result oriented business to be honest and you will draw the response according to the results that you produce.”

“At the moment you see it’s going well and people’s view is that this is the right way to go about it, but, if it had not been the same, some would be ruing the lack of discipline as well. So, the reactions are based on results.”

Chelsea’s marquee signing over the summer was the £18m acquisition of Yuri Zhirkov from CSKA Moscow, but since his arrival he has played a whole 20 minutes of competitive football.

‘I suffered a painful blow on the knee early in the game against Germany,’ Zhirkov said to Paris Sportifs.

‘It ached a little afterwards, but there was no sign of a continuing problem.’

The problem with his right knee just won’t go away, and the problem is that no-one knows what is causing it. When he looked like he was close to full recovery he was allowed to join the Russia team to face Germany in a crucial World Cup Group match, and it seems that he aggravated the injury straight away.

Again it looked like the problem went away, he was finally picked to play Atletico Madrid in last weeks Champions League match, and, again, the problem returned.

‘After the match with Atletico, the knee swelled up terribly and the doctors couldn’t explain exactly what was happening.

‘There was even a theory that my body was reacting to a complete change in climate, food and every else.’

‘There was talk of an operation, but now, after pumping out liquid on the knee, it is more or less normal, thank God’

“There was nothing special last season for me to think back about,” Arshavin told The Sun. “The season was normal – even pitiful.”

“I am happy for Yuri Zhirkov, who won the Premier League with Chelsea,” he added.

“They deserved the trophy, as they were the strongest during the season. We didn’t win much for fans doing football spread betting.

Chelsea are confident in Yuri Zhirkov’s abilities that they are considering selling Cole. Chelsea could offer Ashley Cole to Real Madrid as makeweight for Kaka because of Yuri Zhirkov.

Rumours are gathering pace over Real Madrid’s interest in Ashley Cole but expect Chelsea to ask for something more exotic than money.