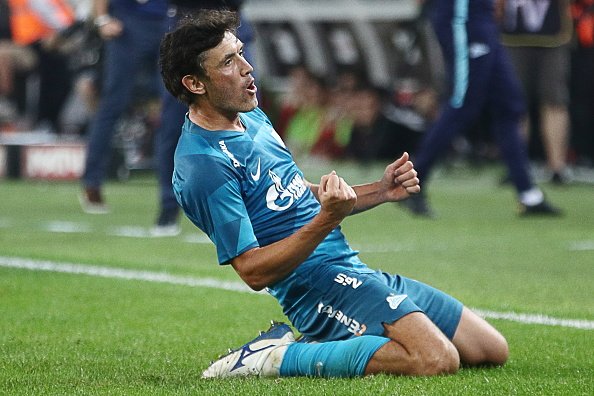 Yuri Zhirkov had moved to Chelsea from CSKA Moscow in a deal worth £18m thus making him the most expensive Russian player at the time as his transfer surpassed the £15m Arsenal paid to sign Andrei Arshavinsome months earlier. Zhirkov put pen to paper on a four-year deal and he was at the club for just two years before his return to Russia in the colours of Anzhi Makhachkala for an undisclosed fee believed to around £13.2m. Chelsea announced his departure from the club officially in August 2011.

Just like what was obtainable at Chelsea, Yuri Zhirkov signed a four-year deal at Anzhi. His first goal for Anzhi came during the 2-1 win over Amkar Perm on October 29, 2011 as he sent a rebound from a corner kick into the back of the net. His last match for Anzhi was during the 2011 Russian Cup final on June 2, 2011 as his team lost to former side CSKA Moscow on penalties after the two teams played out a 1-1 draw in 120 minutes. Yuri Zhirkov was one of two Anzhi players to miss their spot kicks and the other player was Jucilei. Zhirkov spent just two years at Anzhi before he signed for Dynamo Moscow.

Zhirkov was one of three Anzhi players who left for Dynamo Moscow in the summer of 2011. Dynamo Moscow took advantage of the situation after Anzhi put their players up for sale.