Russia international player Yuri Zhirkov believes that the national team needs to improve on the international scene. He said that the team performance was really bad at the last World Cup and it is important that the federation work on that. 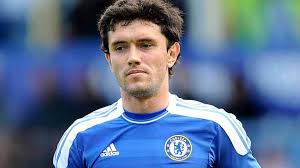 The former Dynamo Moscow player said that there is so much potential in Russia but it is sad that it is not exploited at the maximum. He believes that the Russian football federation should be investing more money in the development of grassroots football so as to help the national team in the long run.

Yuri Zhirkov said that it has been a long time since Russia has had a strong team in the international tournaments and that it is important that the federation look for solutions.

He said that the local clubs should also place more emphasis on the development of domestic players to help them in their career.

He believes that there has been an influx of foreign players in the Russian league in recent years. Local players are finding hard to get enough playing time and this is hindering their development. He believes that the local football federation should look for ways to ensure that there is a minimum amount of domestic players that are allowed in each team.

Yuri Zhirkov is currently playing for Zenit St Petersburgh and he said that he does not want to retire at the moment. He believes that he can still play at the highest level for one or two years and he wants to continue to do so for as long as he can.

He said that he still feels strong and wants to help the team. He said that once he retires he wants to either return to Dynamo Moscow or help the Russian national team as a coach.