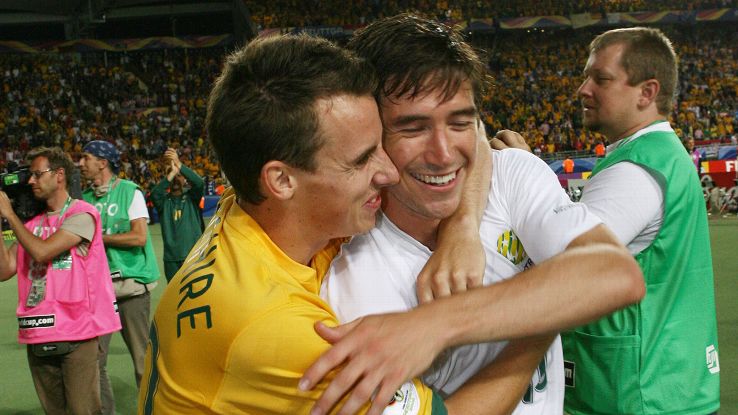 The 80-cap Socceroo is being eyed by Sydney FC as a suitable replacement for Rhyan Grant who suffered a serious cruciate knee ligament injury, and Wilkshire confirmed his interest, he said: “If something interesting comes up that excites me, then I will certainly look at it. Everything is possible for me … it’s been like that throughout my career. For me, it’s about something that makes you excited to get out of bed each day. As of yet, I am still waiting to see what happens and I am enjoying being with my young family. If nothing pops up I might shoot to Miami and watch some baseball!”

The right-back was a key player in Guus Hiddink’s Socceroos squad which reached the round of 16 in the 2006 World Cup. However, he faced a huge disappointment eight years later with manager Ange Postecoglou axing him on the eve the 2014 World Cup. He has since played with Feyenoord and Terek Grozny before returning to Dynamo where he enjoyed his first spell between 2008 and 2014.

Wilkshire helped Dynamo to earn promotion from the National Football League last term, but he opted against a fresh deal at the end of the season after making just six appearances in his second stint. Despite his long-term association with Australia, the 35-year-old has not featured in the country’s domestic league, and it could be the perfect swansong for a player, who has featured at the highest level of the Premier League with Middlesbrough in his early career.