Dinamo Moscow have been underwhelming in the Russian league this season sitting just a single spot outside the relegation places. This is to be expected after the financial and administrative mess the club found themselves in recent years. 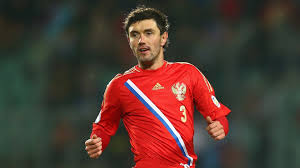 Having qualified for the Europa League 3 seasons ago the Russian club was thrown into turmoil when UEFA kicked the club out of the tournament for breaching FFP regulations.

This decision was partly due to overspending on transfers and an illicit sponsorship deal with VTB Bank who double as the owner of the club.

This news crippled the club last season and was partly the reason they finished 8th in the season.VTB bank have been trying to sell the club to cut its losses but it is not as easy as that due to the immense sponsorship deal signed by both parties.

During this period of time, the club has sold several of their Russian international players including Vladimir Gabulov, Aleksei Ionov, Aleksandr Kokorin, Yuri Zhirkov, Roman Zobnin and even Igor Denisov

The continuous depletion of the squad has seen the once giant Russian club reduced to a mid-table club. This season has sent the levels at the club reduce drastically as Dinamo have won just 4 games so far in the league.

Sitting just 3 points above the relegation play-off places it would be little surprise if the club is dragged into the relegation battle this before the end of the season.

There have been signs of improvements in its last five matches, including high profile draws away to CSKA Moscow and Rubin Kazan. However, the Moscow club has a  long way to go if it is to reach the lofty heights of Russian football.