Zenit Saint-Petersburg striker Artem Dzyuba has revealed that Tottenham Hotspur were in the running to land his signature during the winter transfer window. The Russia international has been with Zenit for the past four-and-a-half seasons but it appears that he was on the radar of Spurs, who were eyeing a new striker with the injury for Harry Kane. 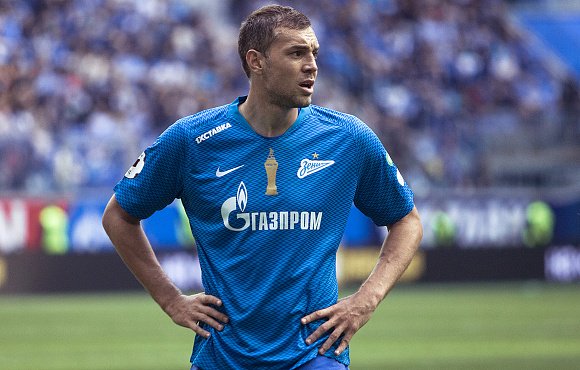 Speaking to a Russian outlet, Dzyuba revealed that he has been in contract discussions with Zenit for a while. The marksman added that he has the dream of playing in England but that was not meant to be after Zenit turned down the advances from Spurs in the recent transfer window, he told: “There has been a conversation about the new contract for a long time.

“To be more precise, we were talking about it after the match with Krasnodar, when we drew 1-1. Or maybe even a little earlier. Then everything was specifically discussed. If it were to happen, then I would leave. Of course, I wanted to try at Tottenham Hotspur, but such thoughts visited me; what if it doesn’t work out? I understand that Zenit was not interested.”

Jose Mourinho’s side had wanted to pursue a new striker with the hamstring injury for Kane and that has certainly cost them over the past few weeks with Heung-min Son ruled out for the rest of the campaign with an arm injury. Lucas Moura has been the regular to lead the line over the past few weeks but they have recently suffered another setback on the attack front with January signing Steven Bergwijn ruled out for the campaign with a knee concern.

The north London side have recently gone winless for six games on the bounce and during this period, they have been ousted from the Champions League and FA Cup. They have also dropped ground on the Champions League places and they are currently four points adrift of fifth-placed Manchester United in the league standings.